The City of Hoboken has been coordinating with NJ Transit and other agencies in preparation for a possible strike by NJ Transit rail workers beginning on Sunday, March 13, 2016. A strike would result in the complete suspension of all NJ Transit rail service which is expected to result in significant disruptions throughout the region’s transportation system. PATH, NY Waterway, and NJ Transit bus and Hudson-Bergen Light Rail would continue to operate, with the rerouting of the NJ Transit 126 bus route to Hoboken Terminal. In the case of a work stoppage, NJ Transit will implement a contingency plan that would accommodate about 38% of NY-bound passengers. For details on the plan, visithttp://njtransit.com/railstoppage.

While all commuters should plan for travel delays, for the least disruptive commute to New York, riders should consider traveling via ferries or along the Hoboken to World Trade Center PATH line.

To avoid major commuting delays due to traffic congestion and delays at the Lincoln Tunnel, NJ Transit 126 bus customers are urged to commute to Manhattan via ferry or PATH service. The 126 bus route in Hoboken will operate on a reverse routing on weekday mornings, beginning at Willow Avenue and 19th Street and operating south to Hoboken Terminal via Willow Avenue and Washington Street for cross honoring with PATH and ferry service. During evening commutes, the bus route will go from Hoboken Terminal to Willow Avenue and 19th Street via Clinton Street and Washington Street. The 126 bus route will not travel to or from the Port Authority Bus Terminal during the week. Weekend service will operate on its regular route to/from New York.

To facilitate increased bus traffic and temporary staging areas for bus loading in the Hoboken Terminal area and for the safety of the anticipated increase in pedestrian traffic, only buses, registered private shuttles, and emergency vehicles will be permitted to enter the Hoboken Terminal area. Taxis and personal vehicles will not be permitted. Vehicles will not be permitted to travel east of Washington Street at Observer Highway, south of 2nd Street on Hudson Street, or south of 1st Street on River Street. First Street will remain open.

The stop for private shuttles will be temporarily relocated to the east side of River Street between Hudson Place and Newark Street.

The taxi stand will be temporarily relocated to the east side of Washington Street between Observer Highway and Newark Street. Taxis will not be able to drive into the restricted terminal area.

Local bus service will operate on a regular schedule. Riders should anticipate and plan for much longer commutes due to exceptionally heavy roadway congestion expected throughout the region.

On the PATH rail system, efforts will be made to maximize utilization of capacity during the peak weekday morning and evening hours on the Newark to World Trade Center, Journal Square to 33rd Street and the Hoboken to 33rd Street and Hoboken to World Trade Center lines. PATH will be cross-honoring NJ Transit rail passengers and 126 bus route passengers on its system.

PATH riders needing to switch to uptown subway lines can travel to the PATH World Trade Center Station, which offers easy access to the MTA subway system, to minimize congestion at the Journal Square and Newport stations.

Thousands of ferry seats are expected to be available to passengers using ferries as a commuting option. Commuters are encouraged to take advantage of ferry service near the Hoboken PATH station (to Pier 11/Wall St and World Financial Center), given the expected passenger increases on PATH trains to New York. NY Waterway will cross-honor tickets for NJ Transit #126 bus route passengers at all ferry terminals. Service to Midtown/W. 39th St and to World Financial Center is available from the 14th Street Ferry Terminal. Hoboken residents can access ferry service from Lincoln Harbor and Port Imperial via the Hudson Bergen Light Rail.

Light rail service will continue to operate with service enhancements and cross-honoring for NJ Transit ticket and pass holders. Riders can connect to ferry service at Lincoln Harbor and Port Imperial and PATH service at Hoboken Terminal, Newport, and Exchange Place.

Traffic backups of up to 25 miles are expected on major roadways with heavy delays at all Hudson River crossings. Commute times may be doubled or more. Those who must drive should consider traveling before or after the rush hour peak times, during off-peak hours, and carpooling. Employers are asked to consider telecommuting options for employees where feasible, or instead stagger, compress or otherwise modify work schedules to help reduce congestion during peak hours.

Commuters are discouraged from driving to Hoboken. Parking is extremely limited, and all parking regulations will be enforced.

All existing valid rail tickets and passes with an origin or destination of New York will be accepted for travel on all park-ride service, and will be cross-honored on NJ TRANSIT buses and light rail lines, private bus carriers, PATH, NY Waterway and Seastreak. 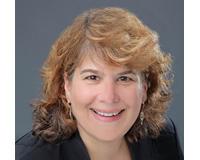 Lauren Blumenfeld is a professional and knows how to get it done. She has been a Realtor since 2008 and has helped hundreds of families buy and sell their home or investment property. As a pivotal mem....

Want to Advertise on this Site?

With beautiful brownstone, pre-Civil war housing combined with one of the fastest developing apartments and office buildings all nestled together, Jersey City is an incredible place to live.

To rent, or to buy? A common question that can be confusing and downright daunting. There are plenty of arguments out there that could influence your decision. But first, it’s important to ask

With nearly half the U.S workforce working from home, many of us have a common issue: how to transform their current living space into a functional home office. The good news is that you can

By registering, you agree to our terms of use and that real estate professionals and lenders may call/text you about your inquiry, which may involve use of automated means and prerecorded/artificial voices. You don't need to consent as a condition of buying any property, goods or services. Messages/data rates may apply.